In Flatland, you have full control over the observations that your agents will work with. Three observations are provided as starting point. However, you are encouraged to implement your own.

The three provided observations are:

Global, local and tree: A visual summary of the three provided observations.

This observation is defined in flatland.envs.observations.GlobalObsForRailEnv

The local grid observation has shown limited experimental results and is considered deprecated. We keep it for historical purpose, and because it may be useful when combined with other observations. Be aware that its implementation is not currently supported.

The initial local grid view provides the same channels as the initial global view introduced above. This observation space offers benefits over the global view, mostly by reducing the amount of irrelevant information in the observation space. Global navigation with this local observation would be impossible if no general information about the target location were given (especially when the target is outside of view). We therefore compute a distance map for every agent-target and provide this distance map as an additional channel:

This observation is defined in flatland.envs.observations.LocalObsForRailEnv

Here is a small example of a railway network with an agent in the top left corner. The tree observation is build by following the allowed transitions for that agent: 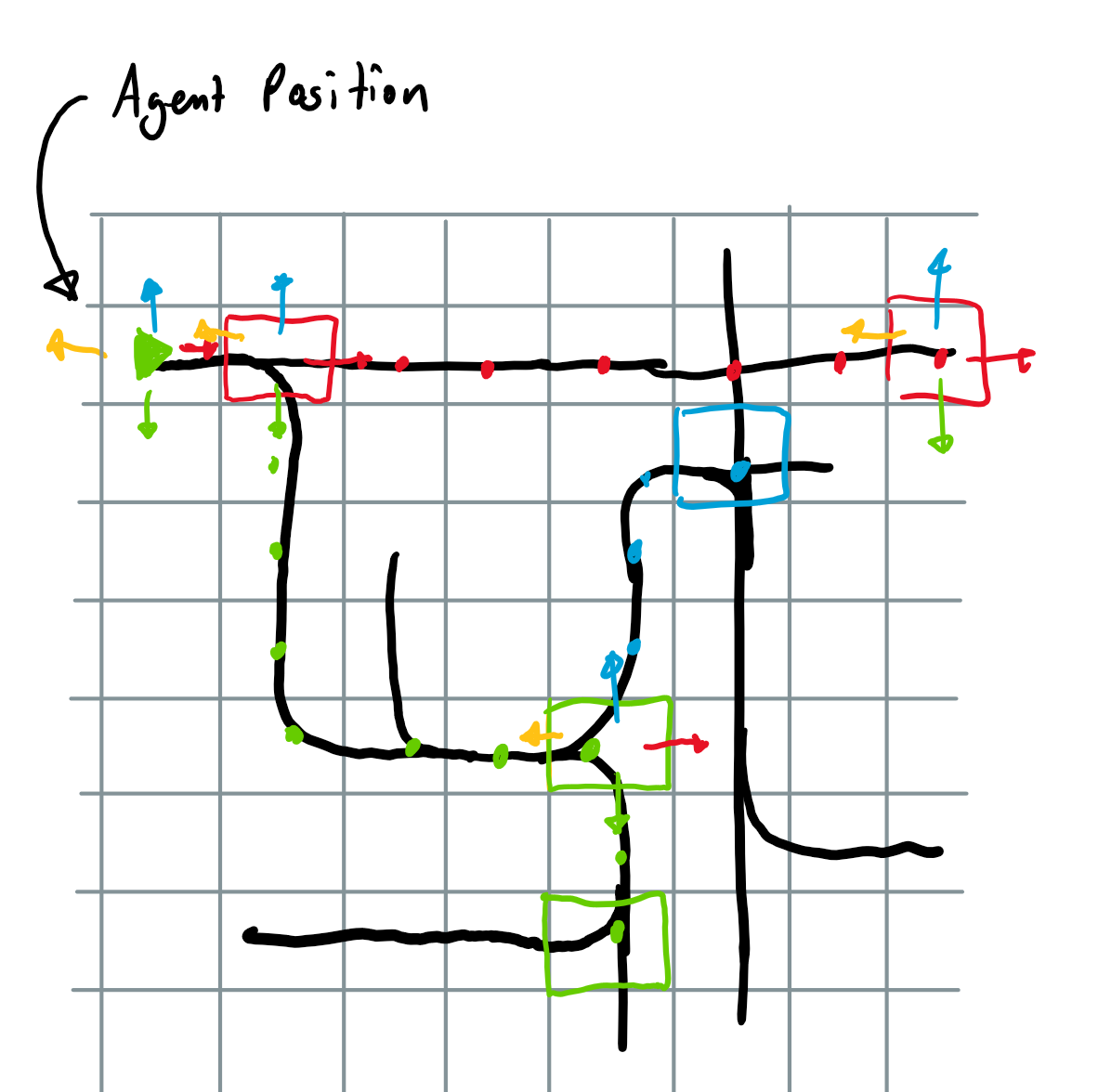 As we move along the allowed transitions we build up a tree where a new node is created at every cell where the agent has different possibilities (Switch), dead-end or the target is reached.

It is important to note that the tree observation is always build according to the orientation of the agent at a given node. This means that each node always has 4 branches coming from it in the directions Left, Forward, Right and Backward. These are illustrated with different colors in the figure below. The tree is build form the example rail above. Nodes where there are no possibilities are filled with -inf and are not all shown here for simplicity. The tree however, always has the same number of nodes for a given tree depth.

Each node is filled with information gathered along the path to the node. Currently each node contains 12 features:

This observation is defined in flatland.envs.observations.TreeObsForRailEnv

Notice how channel 4 indicates if a possible conflict is detected. In order to predict conflicts, the tree observation relies on a predictor, which anticipates where agents will be in the future. We provide a stock predictor that assumes each agent just travels along its shortest path. We will talk in more details about predictors when introducing custom observations.